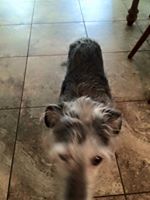 I developed The Insurance Problem Solver (TIPS) to help people with daily insurance problems that they don’t understand or don’t have have time to handle. You don’t need a lawsuit or a practicing lawyer to handle most of them; The Insurance Problem Solver can help you. I post, and will continue to post, lots of information about insurance that is exactly that–information. I’ll explain how to apply the information to your issues and am here when you need me.

But you also deserve to know more about me, Luke Brown, if only to trust me. Trust is a big deal.

Other than the insurance and lawyer stuff, I am married to my wife of 32 years, Dorian. We have a son, Alex, 2 Russian tortoises, a fish and several dogs. Actually, more than several dogs. Some may say, “many dogs”, but that could be semantics.

Our family has always had multiple dogs, mostly adopted. The “many dogs” term probably started a few years ago when I had a brain tumor. It was successfully removed, but I was hospitalized for a few months and my wife traveled back and forth to the out-of-state hospital many times. Although we had a pet-sitter, a Pug and a Poodle mated resulting in several small dogs that resemble Ewoks from Star Wars, Herb, Mona, and Monkey. Monkey got her name because she looked like a Capuchin when we delivered her at home.

I always had an insurance background. But my own hospitalization, rehabilitation and need to deal with insurance coverage, billings, deductibles, co-payments, policy limits, and short-and long-term disability insurance issues got me to thinking. I was in the thick of it all myself. There was a lot to handle, especially during recuperation. I did it for other people for years, but now it was ME! Well, it took a little time, but it got done.

I couldn’t practice law anymore, but as my health improved, I felt that I could really help others by sharing my knowledge and experience and by running interference. That’s the long and the short of TIPS.

That brings me back to the dogs. A few weeks ago, Murray died suddenly; he was about 11. We adopted him when he was around 2 when we first moved to Tallahassee. We adopted Fred shortly thereafter and they were best friends. It took Fred about 3 weeks to acclimate to Murray’s death. His relationship with Pete, a later adoptee, has improved. While Murray was alive, Pete was the odd man out.

They say that when one door closes another opens. I never thought much of that, but it recently took on new meaning. See, I was very close to Murray and his death hit me very hard. Then, on Friday, I got a call from someone who was helping the owner of “Milo” find him a new home. The owner was moving to a place that did not allow dogs and, out of options, was going to take Milo to the animal shelter. Although in good health, at 8-years-old, Milo would not have had much of a chance in an already overcrowded shelter. I spoke to the owner, learned as much as
I could about Milo, and he seemed to be a potentially good fit.