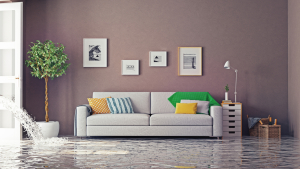 Homeowners in Louisiana are at the mercy of receding floodwaters and mold abatement that destroyed Livingston Parish homes and surrounding areas.  The Louisiana flooding has been labeled the worst flooding in the U.S. since Hurricane Sandy that wreaked havoc up and down the Eastern Seaboard.

Homeowners who elect to live in flood plains need to understand their homeowner’s policy by reading the fine print. Unfortunately, flooding is not typically covered by homeowners insurance.

Before we get into a discussion about flooding, let’s look at a few situations first.

The common denominator between “yes”, some “nos” and “maybes” is homeowners insurance. The reason for the “yes” is because, well, the homeowner’s insurance policy may specifically state that it will cover water damage under the facts that happened to you. The reason for the “nos” is because some reasons for the water damage are specifically excluded by the policy. The reason for the “maybes” is that some causes of the water damage could have something to do with what you did or did not do. The “maybes” are important because insurance does not cover the results of things that you intentionally did, it covers fortuitous (unanticipated and unintentional) occurrences. Those situations are fact-driven and often cause disputes between insureds and insurance companies. Individuals fight more about “maybe’s” than about clear “yes’s” or “nos.”

One is a flood, which is not covered by homeowner’s insurance. The Federal Emergency Management Agency (FEMA) defines a flood as a general and temporary condition of partial or complete inundation of two or more acres and two or more properties of normally dry land. To be a flood, the damage must be caused by one or more of these water sources:

Certainly, the situation in Louisiana is absolutely a natural disaster. FEMA is involved to help put the parish back together, and the Louisiana governor has declared a state of emergency.

If these factors don’t exist, it might be messy, and it might be a pain, but it’s not a flood. The good news is that your homeowner’s insurance might be triggered to help. Good news? Yes, because to have any insurance help for a real flood, you must have a special, separate flood insurance policy, which many people do not have. Flood insurance policies are issued by the National Flood Insurance Program (www.floodsmart.gov) and sold by licensed property and casualty insurance agents. The government will pronounce when a flood has been officially declared in a geographic area and therefore when the coverage a flood policy is triggered.

In the scheme of things, floods are supposed to be pretty rare. What is more likely to produce a water claim covered by homeowner’s insurance is when something goes wrong within your home or immediately surrounding it. Some of these things include:

But even when there may be applicable insurance coverage, it is important to keep a couple of things in mind:

As a homeowner living in a region that is a known flood plain, please speak with  your insurance agent to fully understand the extent of coverage when a natural disaster strikes.