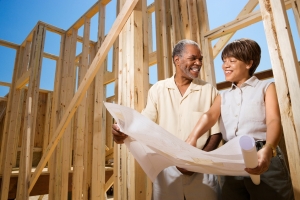 Roofing insurance scams hurt three different parties — YOU, the homeowner, the roof and your insurer.

Clearly, a roof is a vital part of any house. Its purpose is primarily functional, but there are also aesthetic aspects. From both standpoints, it is important to preserve it, but it doesn’t last forever. The structure and the covering of it (wood or cedar shingles, slate, terracotta, and even metal) deteriorate over time because of weather and just normal wear and tear. Worst case, a storm may cause more severe damage.

Regardless of the cause or extent of roof damage, some or all of the following problems might result:

OK, you understand the big issue—something has to be done about the roof—repair it or replace it. Let’s focus on the need for roof repair or replacement because of a storm. That’s because The Insurance Problem Solver discusses insurance issues (and sometimes dog issues), and homeowners insurance does not cover damage from ordinary wear and tear.

The less obvious problem involving roof repair or replacement is scams. Although anybody can be a victim, common ones are homeowners with asphalt shingle roofs. You must understand how to recognize a roofing scam when you see one. Sometimes, it’s hard to think straight when you are digging out (or bailing water) from a storm and somebody appears offering help for a problem about which you may not know much. That’s why I’m here.

Suppose your town got hit by a hurricane or your neighborhood was struck by a hail storm. The clouds parted, and suddenly, everywhere you looked, there were pick-up trucks with ladders. The area was swarming with “roofers.” They were knocking on doors seeking work. At that point, you need to say to yourself, “Self, something is wrong. Where did these people come from and why are they at my door”?

That was just your “Ah-Ha” moment. It shouldn’t be that way, and you need to be careful. Why? Because in circumstances requiring lots of roof work in an area, good, quality roofers are deluged with work. You’ll stand in line to get your repairs done, not open the door and be propositioned by one.

What Can Happen When Storms Destroy Roofs

An unscrupulous roofer can do several things, none of them good. Some include:

Trust Your Gut and Be Cautious

Your gut may tell you something is wrong. The supposed roofer may tell you that everything is OK. After all, “you’ve been paying premiums for all these years, ” and “anyway, all it will cost you is the deductible.” It isn’t OK. If you knowingly buy into the scheme, it might amount to insurance fraud, which is a crime. If that’s not enough for you, the homeowner’s insurance policy could get canceled, which in some insurance markets, is a fate worse than death.

It gets worse. Just at the point that you are ready to go along with all of this, the crooked roofer may ask you to sign an “assignment of benefits” (AOB). An AOB gives away all of the rights to your claim—including the right to be directly paid by your insurance company—to the roofer. Once payment is made by the insurer, the roofer may have no incentive to correct deficiencies in the work. What’s more, if the roofer’s charges are more than the insurance company’s payment, you may be on the hook for the difference. If it isn’t paid, the roofer might be able to place a lien on your house.

Protecting yourself against roofing insurance scams is an important job. Make sure you consult your broker on the best way forward. Ask many friends and family who they have used in the past, and always be diligent before signing anything.