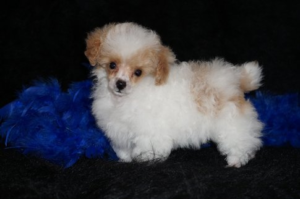 Today, I want to talk about my dogs, the Alpha through Omega and back. In particular, Rose, Stella and Victor.

Everyone has heard the terms, “Alpha” and “Omega.” They are often used together, and the phrase essentially means beginning and end.

Likewise, pet parents, especially those who have multiple pets, are probably familiar with the concept of “packs.” With dogs, a pack is a hierarchy among them that can be based on age, size, personality, breed, or other factors.

The concept of “Alpha” and “Omega” apply to the pack, too because some dogs are Alphas and some are Omegas. Sometimes the most unlikely pack member, by size, for example, will be an Omega. A lesser known part of the hierarchy is the “Beta.” These are dogs in the middle, and they have their own hierarchy in and among themselves. Briefly, the “Alphas” lead the pack, the “Omega’s” are subservient to the Alphas but serve the important role of alerting the pack to danger. The “Betas,” according to Cesar Millan, are in the middle, and mediate disputes between the other two groups.

That was conceptual; here’s the personal.

For years, we have been a household of many dogs. At the high point, relatively recently, there were 19, including one adoptee with diabetes (Manny). The very first, about 35 years ago, was Pace who my wife and I adopted from a local shelter soon after we married. His picture appeared in the newspaper as the “Pet of the Week.” One of his endearing features was that he had only 3 legs, but as it turned out, that’s all he needed, and his activity wasn’t hindered. It was, though, a source of curiosity for others, such as the person who asked me whether he would fall over if I look off his leash. That question has stuck with me for 35 years and may be at least part of the reason that I hold dogs in such high esteem, at least compared to many people. Pace remained an “only dog” until his death by age, so Alpha/Omega was not an issue.

Over the years, many dogs entered and became important parts of our lives (some intended and some not). Some spent days with me at my office when I practiced law, one was a tail-chaser (his own). A Blue Heeler, Pepper, was tantamount to an Olympian athlete. She was Alpha to most other dogs but Omega (very capital “O”) to all humans. Pepper and most of the others had long and full lives until age took its toll. Pearl (a compliant Pug) and Benson (an amorous Poodle) gave rise to Herb, Monkey, and Mona. Pearl and Benson are decidedly gentle, bordering on Omega, while their offspring tend toward Alpha.

The fact that many of the others are not mentioned by name is not intended to diminish their significance, lives, breeds (mostly mixed), sources, or personalities.

About 10 years ago, we adopted Rose. A puppy at the time, she now weighs 45+ pounds. Rose has always been Omega, mainly a coward (standing behind me when someone approaches on the street), a barker, and afraid of thunder; she requires a sedative when a storm approaches. For 10 years she has been docile and devoid of aggression. Any of the others could bark in her face and she would not wince. She had ACL surgery a few weeks ago and has been on pain medication.

Stella, a black and white Teacup Poodle, lived her early life as an Omega. She progressed through the ranks to Beta by the strength of will and started to enter Alpha-dom (albeit with a high-pitched voice). About 2 weeks ago a thunderstorm quickly approached, so suddenly that a sedative given to Rose would not have time to take effect. Rose got startled, woke from a deep sleep with Stella nearby and, to someone who did not know Rose for 10 years, would have labeled Rose Alpha due to what happened next. She’s not, but Stella did not survive the immediate presence of Rose who is far larger and stronger.

Despite Stella’s untimely and sudden death, virtually all of our dogs have met their demise from age (apart from Manny, whose diabetes was a complicating factor). While a pet’s death is tragic under any circumstances, death from age may be, in a sense, easier to accept. A long and healthy life creates for the pet parent a lifetime of happy memories that, frankly, many people don’t get from humans. It is in part for that reason that it is critical to ensure your pet’s ongoing good health through regular examinations and inoculations, and to have a means of paying for treatment of unexpected illnesses and accidents that may occur. That’s where pet insurance, as we have previously discussed, can help. It would not have saved Stella, but it could have offset some of the cost of Rose’s ACL surgery.

No pet can be replaced or substituted for another as all have their endearing quirks, personalities, and for both them and the pet parent, life-stories. “Replacement” and “substitution” sound like what is done when a car wears out. Therefore, we didn’t intend to seek another dog.

But, and there is always a “but,” they say that when one door closes another opens.

By happenstance, some weeks after Stella’s death we learned of a Teacup Poodle seeking a home. He was a different gender than Stella, a different color scheme, and until meeting him, we had no idea of his personality. Suffice it to say, it was bilateral love at first sight (but I say that about all dogs).