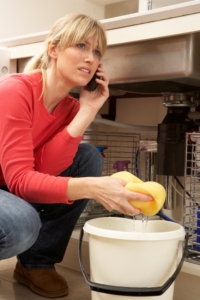 Homeowner’s insurance policies are in-depth documents and invariably there are exclusions and exemptions. The short answer is no. No insurance policy covers everything, regardless of its type.

The “grant of coverage” (the description of what is covered) as it is sometimes called, is usually written broadly. That is, at first glance, it may appear that all types of risks under all kinds of circumstances are covered by the insurance policy. But that isn’t so. The seemingly broad grant of coverage is narrowed by “exceptions” and “exclusions.” They change the scope of coverage to that which the insurance company is prepared to assume for the premium charged.

When reading the policy, you will see two words that you may not be familiar with, exclusions and exceptions. They are important because of their impact on the coverage of any insurance contract.

An exclusion in an insurance policy narrows the coverage provided. For example, damage to your home caused by fire will usually be covered by a homeowners insurance policy. However, there will be an exclusion to that coverage if you intentionally set the fire. That’s because insurance is intended to cover unintentional, accidental events (the fancier word is fortuitous).

Another common exclusion in homeowner’s insurance policies is for losses that occur due to improper maintenance or to the failure to maintain your home. An example is the failure to repair or replace a known malfunctioning washing machine that ultimately floods the inside of your house. Again, that’s because insurance applies to accidental, not predictable events.

Because many homeowner’s insurance policies also include liability coverage (to protect you from claims by someone who gets hurt on your property due to your carelessness), there will also be an exclusion for illegal acts that you commit that result in the injury. What amounts to an illegal act depends on the circumstances of the event. This can include what you did, whether it violated criminal or civil law, and the legal status of the person hurt. The “legal status” of the person hurt refers to whether he or she was a guest, a trespasser, or held some other status.

Most insurance companies use the word “exclusion” to narrow policy coverage but some use the word exception for the same purpose. Technically, there is a difference that you should be aware of.

When the policy uses both terms, the word “exception” means that despite the exclusion, some coverage remains for the excluded event. In other words, an exception removes an occurrence or a circumstance from the effect of the exclusion and makes it a covered event (in whole or in part).